[Note: This essay was written from a standpoint that seeks to decrease (and ultimately destroy) all discrimination (based on ethnicity, religion, or other factors) through the dissemination of information and reasoned analysis. Zionism is not synonymous with Judaism. Islamism is not the same as Islam. And imperialism is not a word interchangeable with Christianity. Greed is not limited to one religion or one ethnic group, and none has a monopoly on brutality. More importantly, none is immune from feelings of compassion or solidarity. We are all capable of feeling hatred, and we are all capable of feeling love. This piece of work aims to foster the latter.]

Most accounts of the 2014 Israeli assault on Gaza will include at least some facts, but very seldom do they include all of the facts necessary to truly understand the conflict. In connection with my essay, this article aims to summarise the main issues that all people commenting on the ‘Palestinian Question’ should take into account.

Zionist Occupation and the Recent Attack on Gaza

The Argument for Boycotts, Divestment, and Sanctions (BDS) 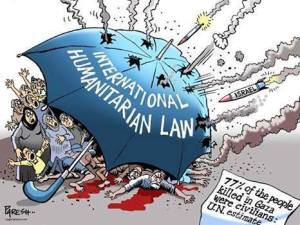