Twenty years ago, anti-Zapatista militias ravaged this impoverished Mexican state, killing, beating and displacing supporters of the armed leftist group. Now the paramilitaries are back. Will more violence follow?

ACTEAL, MEXICO—There is no escaping the past here in this remote village in Chiapas, Mexico’s southernmost state. It hangs in the air like a terrible fog. It’s etched in stone in a small concrete area lined with crosses: a tomb for dozens of people who were murdered by a local militia some 16 years ago. The event, known as the Acteal Massacre, was among the most gruesome in modern Mexican history. The dead included pregnant women, their unborn babies ripped straight from their wombs. 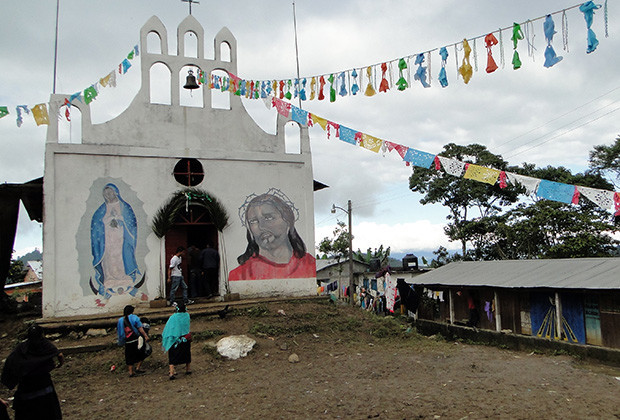 Máscara Roja, the group involved in the killings, was one of many militias that the Mexican government at least tacitly…

Independent journalist. Co-founder of Phoenix Media Co-operative. Author of Rojava: An Alternative. Ex-Canary editor and writer (2015-2020). Aka 'Oso Sabio' - see @ososabiouk on Twitter.
View all posts by Ed Sykes →
This entry was posted in Uncategorized. Bookmark the permalink.